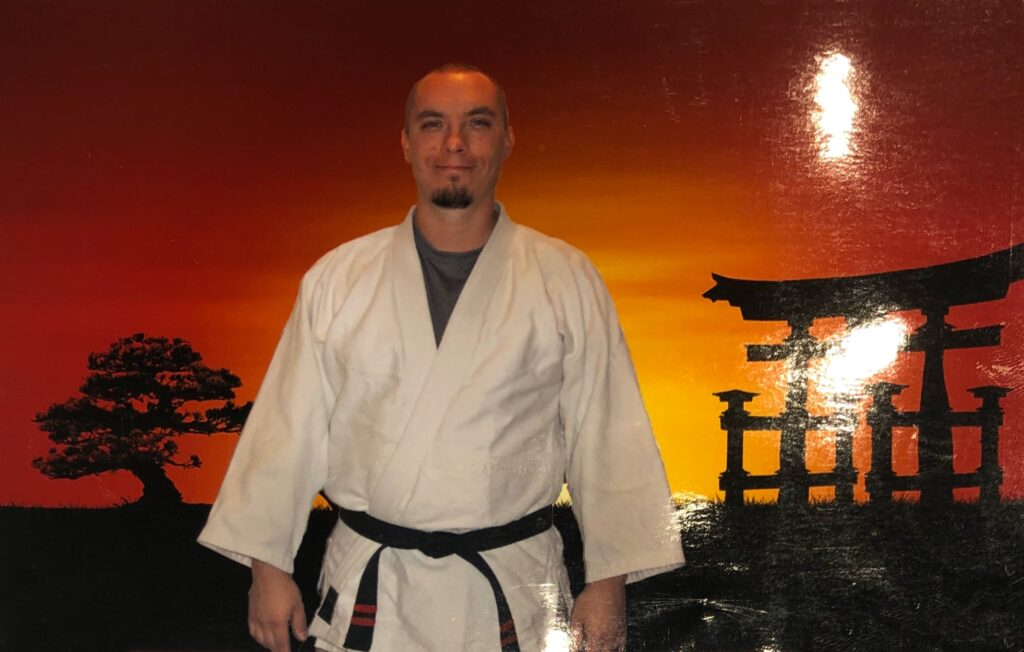 Travis was born in Kalispell, MT. He began studying Danzan Ryu under Professor Gene Edwards in 1993 and received his Shodan during the 1st CJA Summer Camp in 1996. He continued training under Prof. Edwards while attending FVCC. During this time he earned a CJA Kempo Jitsu Shodan, Scarlet Sash in Tai Chi Ch’uan, and Nidan Black Belt. He also attended the CJA classes in Okazaki Restoration. Travis graduated from FVCC with an Associates Degree and moved to Missoula to continue his education at the University of Montana. He continued to attend Black Belt classes in Kalispell and helped instruct at the Ten Mei Kan dojo with Marcos Baca. He graduated from the University of Montana, with a B.A. in Sociology with an emphasis in Criminology in 2003. He continued his JuJitsu training and earned a Sandan in 2002 with Sensei certification. Sensei Travis was promoted to the rank of Yodan in 2012. In July 2022 he was promoted to Godan/Prof. He previously worked for the Shipping Depot in Missoula and had been the IT Manager. He later graduated from Missoula College where he completed another degree in Cyber Security. Travis was recently treated for a leg infection in Seattle. He and his wife, Amber, are working and residing again in Kalispell, Montana.