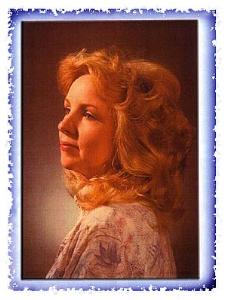 “For I know that my Redeemer lives, and He shall stand at last on the earth; And after my skin is destroyed, this I know, That in my flesh shall see God, Whom I shall see for myself, And my eyes shall behold, and not another. How my heart yearns within me!” Job 19: 25-27

Lora passed away peacefully in her husband’s arms on July 20th after a two-year battle with cancer. She was born in San Francisco, CA, and grew up in the Petaluma area. She graduated from Petaluma Sr. H.S., Santa Rosa Junior College (SJRC), and California State University Sonoma where she received a B.A. in History. She went back to complete an A.S. degree in nursing at Napa Valley College and passed her state boards. In northern California, Lora worked as an R.N. in several hospitals including St. Helena, Alta Bates, and Queen of the Valley. She moved to Montana in the early 1990s and worked at St. Patrick’s [Missoula, MT hospital], Kalispell Regional Medical Center, and for Intrepid Healthcare Service. Following additional training in Asian Bodywork Therapy, she assisted her husband in their local business: Shin Mei Kan-Oriental Martial Arts and Healing Institute. She always cared for others: offering a healing touch, a listening ear, and a loving word.

Lora began a study in fine art at SJRC in the early ’70s and painted many works over the years, some of which have been sold locally. Anticipating a return to graduate school to complete an M.A. in History, she also continued independent historical research for over 20 years in the Arthurian Legend and the Holy Grail. She has numerous books and extensive notes on this period. Much of her art revolves around this research.

Lora started martial arts in 1977 and earned several Black Belt ranks: Shodan in Kempo, Nidan in Judo, Sandan in Jujitsu, and “Gold Sash” in Tai Chi Ch’uan. She held national certification as a sensei (instructor). She entered and won many competitions, and had numerous special awards and certifications in the martial arts-the most recent of which was “2003 Grand Master of the Year” given by the United States Martial Arts Association International Hall of Fame. She taught the martial arts to over a thousand teens and adults, many of whom later earned their black belts.

Lora was co-founder and on the Board of Managers of the Christian Jujitsu Association since its inception in 1994. Since 2001 she served as the manager of publications, working as the editor of our national magazine, The Divine Light.

Lora helped initiate a unique Bible study group at the Shin Mei Kan, open to all, over three years ago. It has met weekly and continuously ever since. She utilized her considerable historical research skills in evaluating such topics as the Great Pyramids at Giza (Is. 19:19-20), Jacob’s Stone (Gen. 28:17; Ex. 17:6, etc.), Aliens and Giants (Gen. 6:1-2, Amos 2:9, etc), etc.

She is survived by her husband Gene Edwards, her sons Jeri and Kan Lord, and her mother Vera King, all of Kalispell, MT. In California, she is survived by her stepson Bret Edwards, her father H.O.”Bud” Prevette and her stepmother Ruby Prevette, her brother Mike Prevette and his wife Dianne, her double cousins La Roe Moak and Allen Prevette; and in Florida, William Prevette, and numerous cousins.

A memorial “Celebration of Life-everlasting” was held at Christian Center, 255 Summit Ridge Drive, Kalispell, MT on Monday July 26th at I I am.

Donations are greatly appreciated and may be made in Lora’s name to the “Christian Jujitsu Association” (a non-profit 501.C.3 organization dedicated to strong Christian and American ideals) P.O. box 7174, Kalispell, MT 59904-0174.