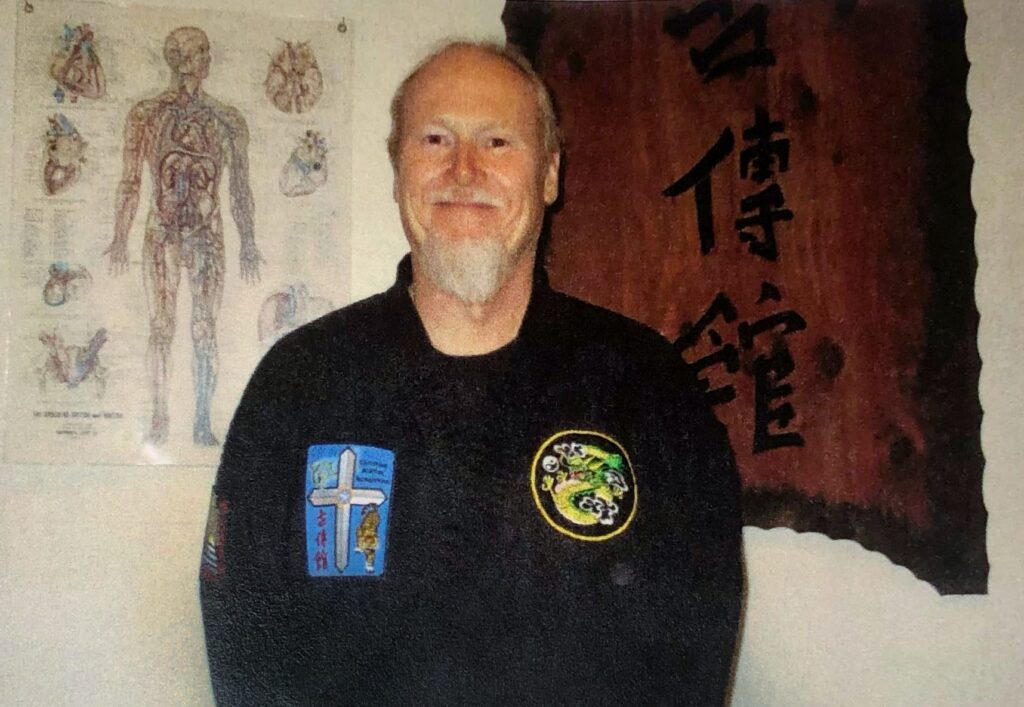 Ken Holt was born April 9, 1958 in Glendale, CA. When he was 14 he asked the Lord into his heart and has followed Him ever since. Ken lived in Pasadena until 1981 when he moved to Kalispell and started Arrow Welding, which he still operates. At age 12 he studied Kempo Karate in Pasadena with Ed Parker and earned his Orange Belt. Ken’s dad also trained under Ed Parker when he was a young deputy Sheriff. Ken also studied Kung Fu San Soo with his brother-in-law in Kalispell. In 2003 he began study of Yang Style Tai Chi Ch’uan with Professor Edwards. Ken is currently a Sifu and instructor in the Tai Chi class. He earned the advanced rank of Sapphire Sash in Dec. 2018. He was awarded the title of Professor in 2019. Ken has been very helpful with the lower ranks and is an excellent teacher. He enjoys practicing the combat applications of Tai Chi. He currently serves on the CJA Board of Directors as the Chinese Martial Art Representative. Ken lives in Kalispell with his wife Robin, who holds a Scarlet Sash in Tai Chi.